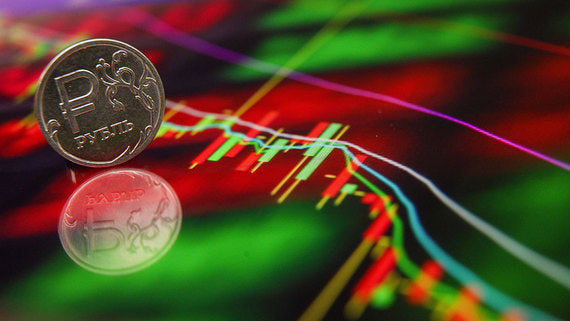 The blue-chip index fell 2.5%. Shares of Russian industry and oil and gas companies fell, as did shares of banks and traders. In particular, Norilsk Nickel is losing price (4.05%), while shares of Novat, Magnit and Surgutneftegaz are down 1.7-2.81%.

Russian shares on the London Stock Exchange are also falling in price.

Why is the market declining?

The tightening rhetoric of Russian Deputy Foreign Minister Sergei Ryabkov seems to have caught investors by surprise, which explains the nervous reaction of the Russian stock market to this event, said Oleg Syrovatkin, chief analyst at the global research department Otkritie Broker. . On January 12, the market completely rejected a new package of sanctions introduced by U.S. senators in the event of a “Russian invasion of Ukrainian territory.” Investors probably valued the probability of the development of the events as a minimum, but now they were forced to overestimate the risks, according to the expert.

Dmitry Babin, an expert on the BCS World of Investments, said that he sees no reason to hold a new round of security talks with the United States in the near future. the situation has increased country risks and the corresponding discount on ruble assets, in the face of this precedent is likely to continue to decline, at least in the short term.

On January 12, the U.S. Senate passed a bill against Russia in favor of Ukraine, assisted by the administration of President Joe Biden. In the document, the criteria for imposing sanctions is no longer a direct “invasion” of Russian troops in Ukraine, but a situation that the US president will assess as a “significant military escalation” of Russia in order to overthrow the Ukrainian government. In particular, the bill covers at least three of Russia’s 12 financial institutions – Sberbank, VTB, Gazprombank, VEB.RF, RDIF, Moscow Credit Bank, Alfa-Bank, Rosselkhozbank, Otkritie Bank, Promsvyazbank, Sovcombank and Transcapitalbank.

The market is not sinking so much, says Grigory Isaev, Managing Director of Strategic Development at Aton Management: After cutting major stocks in the last 2-3 weeks, the real dynamics of the market, considering dividends, have improved.